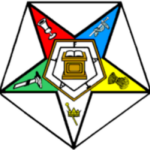 We are members of the largest fraternal organization in the world for both men and women.  Our members are comprised of both men who are Master Masons and women with specific Masonic relationships. In addition, membership comes from two Youth Organizations: the International Order of Rainbow and the International Order of Job’s Daughters.  Eastern Star encircles the world with members in the United States, Canada, and over 18 other countries.  Subordinate Chapters are grouped together to form a jurisdiction called a Grand Chapter.  Our Chapters are members of the Grand Chapter, Order of the Eastern Star, State of Louisiana.  The Grand Chapter is under the jurisdiction of the General Grand Chapter.

Though our teachings are based on the Bible, our Order of the Eastern Star is not a religion and is neither secret nor political.  Our spiritual symbol is the Star of Bethlehem.  Thus, the five-pointed star is our accepted emblem.  Eastern Star as a fraternal service organization strives to build a better, more fulfilling way of life.  Many of our members dedicate themselves to supporting a variety of local and national charities.  Millions of dollars are raised annually in support of humanitarian causes.

Eastern Star Chapters donate funds to a wide variety of worthy charities.  Some examples are:  Cancer Research Project, Arthritis Fund, Heart Fund, Shriners’ Charities, and many other charities within each Grand Jurisdiction.  In the United States alone, Masonic organizations give $1.5 million a day to charity.

OES Service Dogs – As the primary and identifying charity, the Order of the Eastern Star advocates for qualified Service Dog programs and provides financial assistance to such organizations, aiding their efforts to serve mankind and to allow individuals to achieve independence.

ESTARL.  (Eastern Star Training Awards for Religious Leadership) is a scholarship fund for those who are going to school for the purpose of religious training.  Each state administers their own ESTARL program.  Those wishing to apply for an ESTARL Scholarship should contact the Grand Secretary of the state or province in which they reside.

To Sum it Up, The Order of the Eastern Star

There are no upcoming events to display at this time.

Learn how to become a member

Please click the button to search for our chapters by name, city, or number.
Find Chapter

Want to get updated on current events?